Do something for you! It’s important to treat yo

“Does my child have the flu” “Could my child

Turn up the volume & get ready for fun with the ne

#ad My tiny creators. If you don’t know by now @

Boo! How can something be so spooky & so cute at t

Happy Monday! What are your plans for the week? We

Ivy & Ari are officially apart of the @mellodees c

I fell in love with this huge sign today. I had to 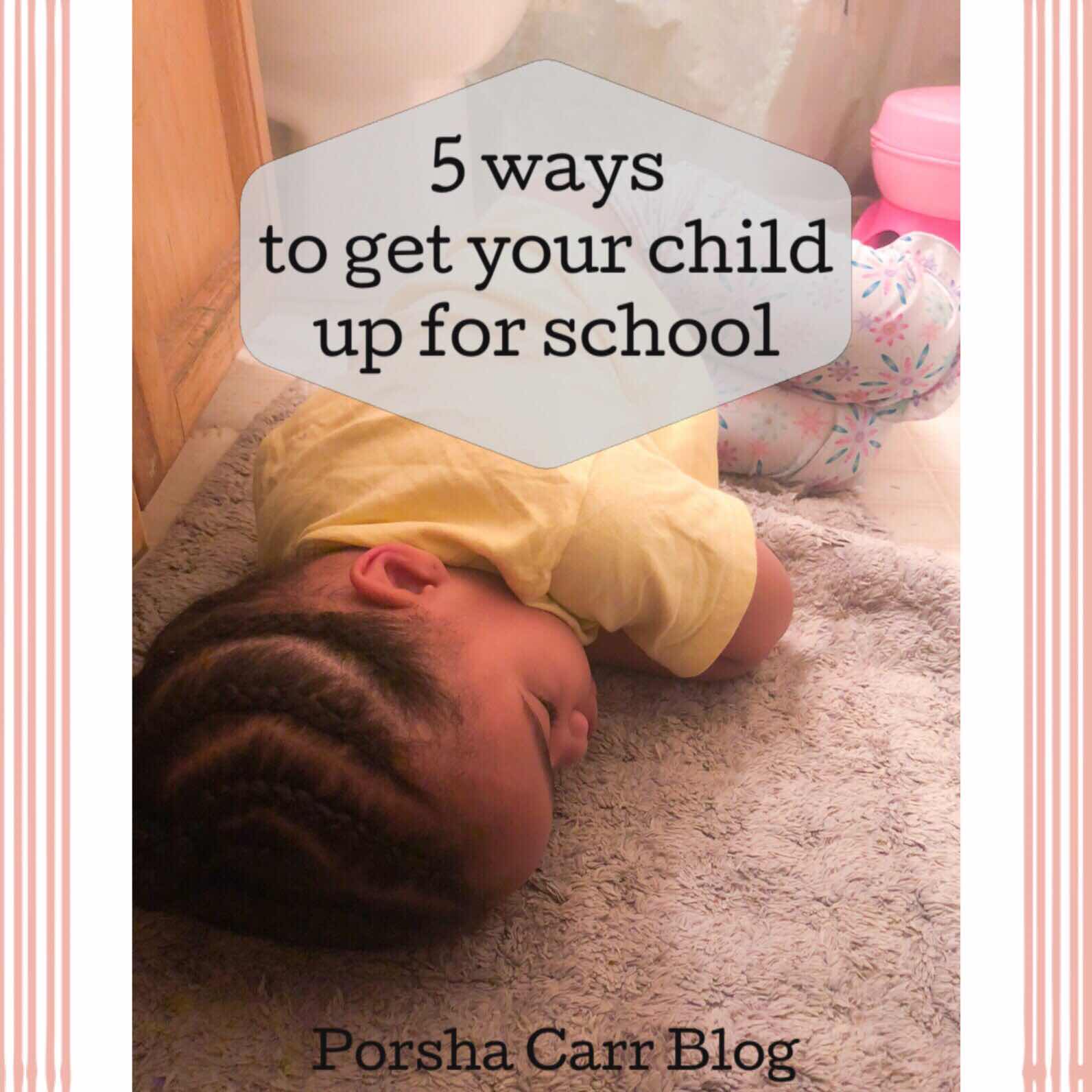 Hi guys!
I don’t know about you but I dread waking Ivy up for school in the mornings. Now Ivy has a bed time, so she goes to sleep at the same time each night. She gets more than a full 8 hours and she sleeps through the night. But Ivy, well Ivy just isn’t a morning person. So when it’s time for me to wake her up for school it’s the worst.

She screams, cries, rolls on the floor, fake sleeps, whines and all that good stuff. Once she even tried to trade me one of her barbies dolls in exchange to stay home from school. Yep that’s my kid! So enough was enough. I sat down and started thinking of ways to make our morning a little more easier. So far, so good. So below are my 5 easy ways to get your child up for school.
1. Prep your child’s clothes for the morning: Nothing is worst then having a whining child and trying to finds them something to wear. I have a shelf that I use with 5 slots, which allows me to set out Ivy’s clothes for the entire week. I usually do this Sunday nights.
2. Stick to their bed time: I mean this ones pretty self explanatory. If a child has a set bed time, at the same time every night it makes it easier for them to get up for school.
3. Sing + dancing : Most mornings I carry Ivy from the bed to the bath room. She’s still half sleep so I might bust out some moves to get her to wake up. I usually will take her hands/arms and start wiggling them and I might sing something like “shake, shake, shake your sleepy out.” This makes her laugh.
4. Engage in child conversation: Sometimes Ivy will ask to watch video’s on YouTube kids while I do her hair. But I don’t want her on the phone so early in the morning. I want to get her little brain going. So sometimes I will talk to her about things she like’s instead. For example i’ll ask her “What LOL dolls are your favorite right now?” or “Tell me about that one episode of Paw Patrol?” This makes her really excited and really wake’s her up. She starts talking away after this.
5. Yummy breakfast snack: Ivy like’s this one a lot. Usually she like’s to take a yummy snack to eat on the way to school. It really does the trick. She usually likes Go-gurt, Pop tarts, cuties (oranges) or her favorite glazed doughnut holes.
& there ya have it guys hope this makes yours and your child’s morning a bit easier.